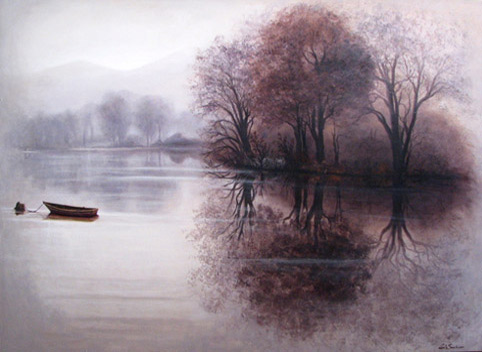 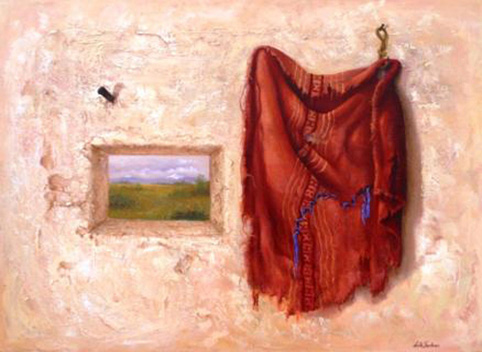 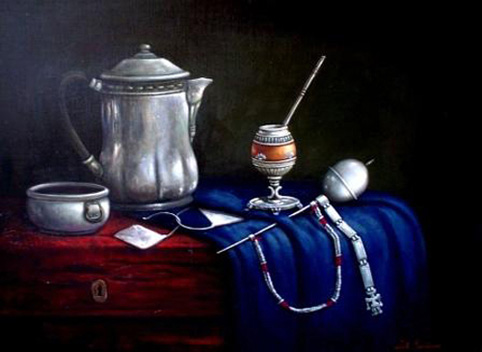 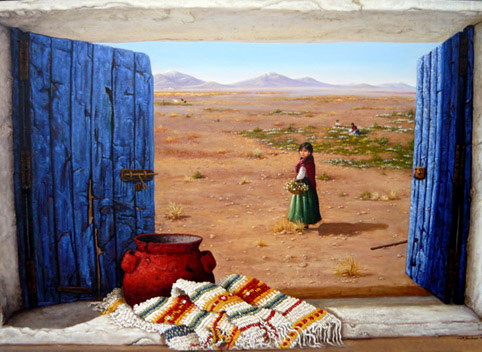 The artist's formal art studies lasted only three years, at the Institute of Contemporary Art and with a private teacher in Santiago, Chile . Since then she has continued to work on her own, discovering her own techniques, of special interest are her works with gold and silver leaf. She has taught art for twenty years to her students. Loreto has won two first prices in the Museum of Latin American Art in Florida, USA, and two others prices in Santiago, Chile . She works mostly on commissions and her work is currently held in various private collections in Canada, USA, Australia, New Zealand, Germany, Holland, England, Australia, Indonesia, Brazil, France, Chile, Spain, India, etc. On going at Gran Hyatt Hotel in Santiago. She lives part time in Santiago, and near the beach in Condominium Lomas del Mar, Maitencillo. In 2008, she was featured in "Imágen y Crítica", and years after included in "Inernational Contemporary Artists Volum VII ". In 2011, Loreto was invited to participate in the Florence Biennale 2011, receiving a special award, a diploma and a medal of Lorenzo the Magnificent, from the International Jury in painting, for two of her works; the triptic "Aymara Culture" and the diptic "Precolombine Culture".

Loreto has won two awards at the Museum of Latin American Art in La Florida and two awards in Santiago, Chile. His paintings are in private collections in the USA, Canada, Germany, Spain, Holland, England, Australia, New Zealand, Indonesia, Brazil, Peru, etc. most of them being specially made to order by their customers. His works are exhibited in Chile at the Hotel Hotel Santiago by Mandarin Oriental.